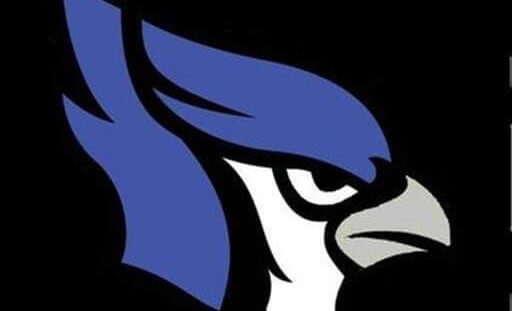 Marshfield has a new head coach in Cody Bull after former head coach Nate Thomas left to take the reins of the Kickapoo football program.

“The kids have been working their tails off and done everything I have asked them to do,” Bull said. “I have been very pleased with their demeanor and how they have accepted what I have brought in.”

Bull is familiar name in southwest Missouri football. He was the defensive coordinator at Fair Grove from 2008 to 2013 before heading to Texas for the last couple of seasons.

Marshfield will adopt a run-based offense under Bull this season.

The Blue Jays have the right start to a run-first offense with their offensive line being a strength. Travin Plemmons, Keegan Odell, Tristen Burton, Xavier Pike and Darrell Bradshaw will be tasked with opening up holes in the running game.

There are a stable of fullbacks for Marshfield to choose from with Clay Wilson, Trent Kanengieter, Howard Hoyt and Logan Letterman. Add those names to a group of tailbacks that includes Jason Whittington (pictured right), Clayton Brooks, Wyatt Wilsey and Joseph Hoyt, and Bull has many options on offense.

Brock Utecht returns as the starting quarterback for the Blue Jays.

Matt Holt stayed on as the defensive coordinator and will run much the same 4-3 defense as in the last few years.

The secondary is a strength on defense with several athletic options, led by safeties Colin Hurley and Tristan Greenfield along with Brennan and Brooks Espy. At corner, Bull will look to Teagan Boles, Cole Mitchell and Whittington.

The middle of the defense will be anchored by Kanengieter, Howard Hoyt, Clayton Brooks and Wilsey.

Deryl VanNostrand returns to lead the defensive line after being an all-conference selection there a year ago.

“He is a physically imposing kid. He is an outstanding worker in the weight room and he is a very good wrestler, which makes him a good tackler,” Bull said. 6’1, 200 lbs

He will be joined by several faces from the offensive line including Pike, Burton and O’Dell, along with Grayson Foster.

Bull is trying to turn around a Marshfield football program that has not finished .500 since 2013. His plan all starts with the culture he is trying to instill in his team.

“Our culture focuses on their urgency and their passion for the game. Just a positive body language and energy in everything we do. Everything needs to be urgent and show that they enjoy playing,” Bull said. “I want a team that is physically tough, smart and confident. I want them to mirror the town. I feel like Marshfield is a town of people who work hard and are tough. That is what I want to put on the field.”

Marshfield opens the season on Aug. 18 at home against Ava